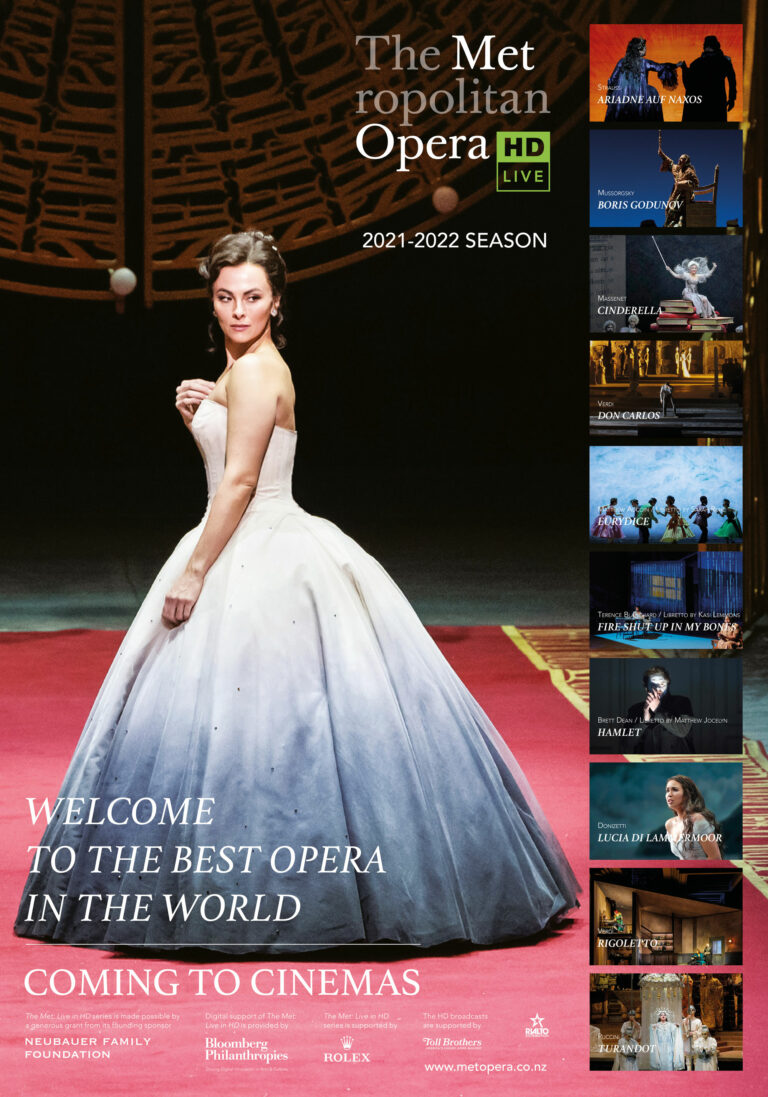 The 15th season of Live in HD kicks off May 5th with the epic Boris Godunov, starring the great German bass René Pape as the tragic tsar at the centre of Mussorgsky’s masterpiece. Followed by historic Met premiere of Terence Blanchard’s Fire Shut Up in My Bones, the first opera presented at the Met by a Black composer, based on the New York Times bestselling memoir by Charles M. Blow. Later Tony Award–winning director Bartlett Sher creates a bold new take on Verdi’s timeless tragedy Rigoletto. In exciting news for the first time in company history, the Met presents the original five-act French version of Verdi’s epic opera Don Carlos, in which Met Music Director Yannick Nézet-Séguin leads a starry cast.