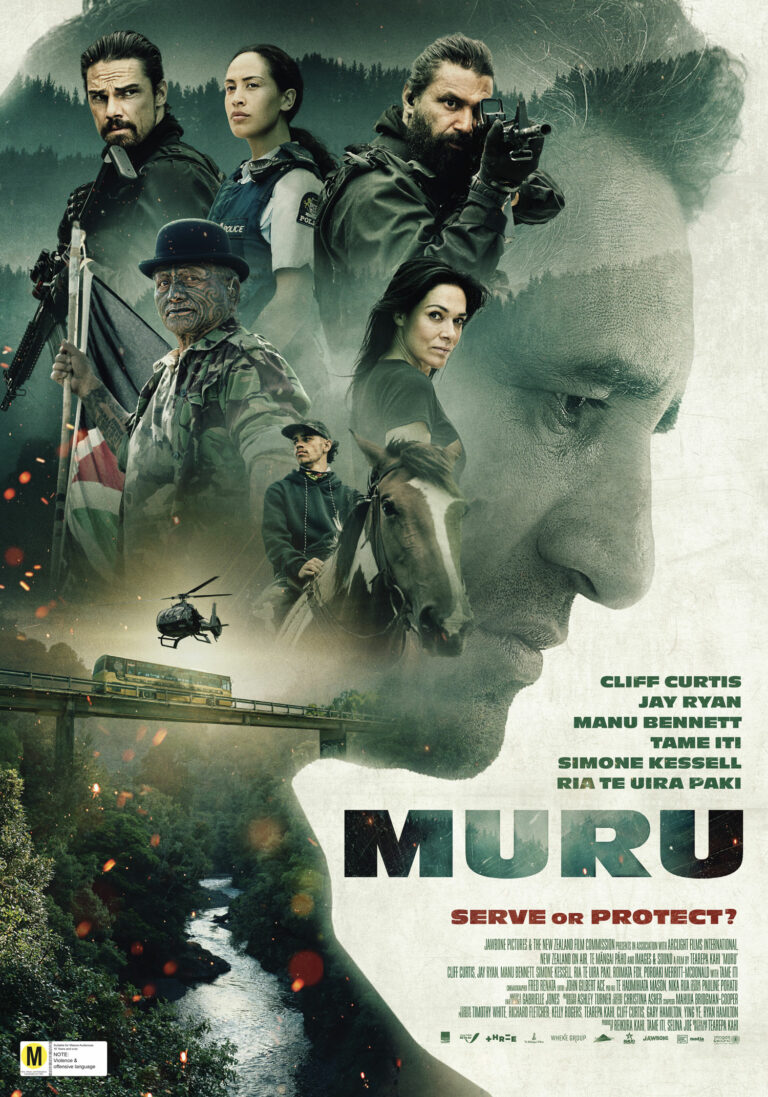 Inspired by actual events, MURU is the story of a local Police Sergeant ‘Taffy’ Tawharau (Cliff Curtis), who must choose between his badge and his people, when the Government launches an armed raid through his Ruatoki community, on a school day.

“Based on the 2007 anti-terror raids in Tūhoe country, director-writer Tearepa Kahi’s film pulled off a combo of action thriller, political theatre and whānau drama centred on Cliff Curtis’ local cop. The best and biggest local feature of 2022.”
– Russell Baillie, Listener ‘The best movies of 2022’