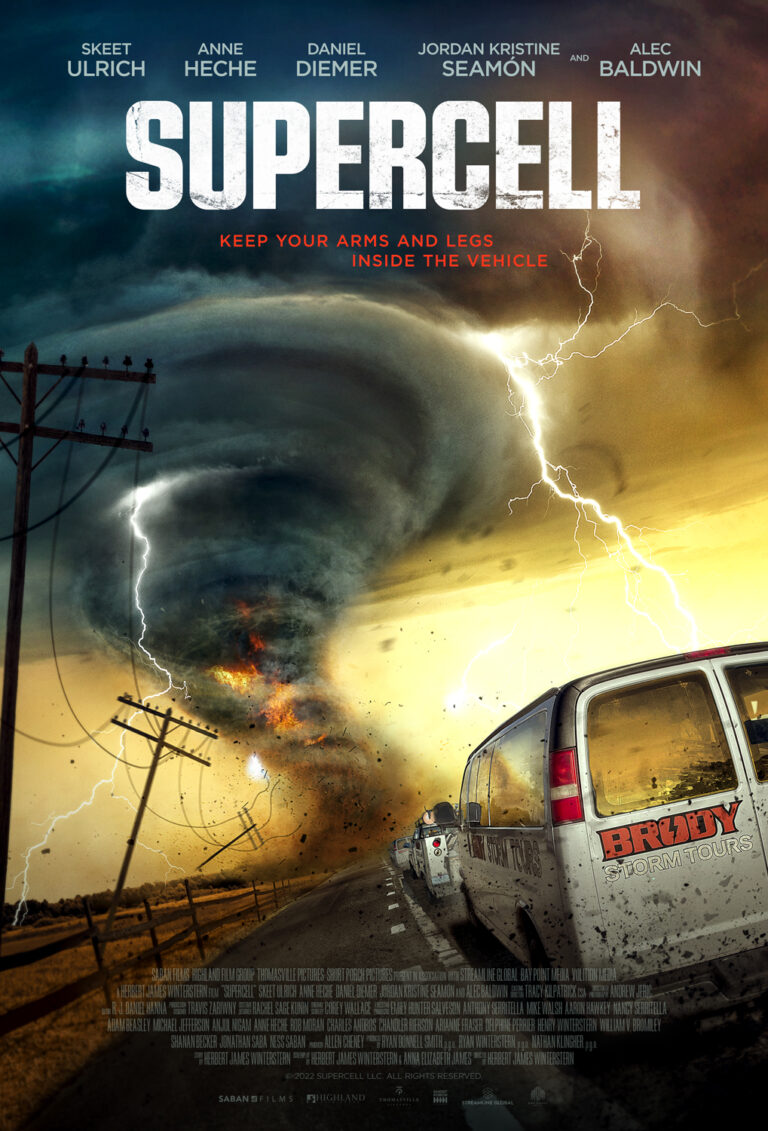 William, a good-hearted teenager, always lived in hopes of following in his father’s footsteps, the legendary storm chaser Bill Brody, killed by a massive super tornado. A mysterious package of his father’s old journals sparks William to run away from his still-grieving mother, Quinn. His father’s legacy has now been turned into a prestigious thrilling storm-chasing tourist business, managed by the greedy and reckless Zane Rogers (Alec Baldwin). William takes the lead on a storm chase with his dad’s old partner Roy, but the tornadoes have only gotten bigger and Zane pushes his clients toward the heart of the uber destructive storms. William’s mother anxiously searches for her son to save him from the beast that killed his father not knowing that Zane is now using William, son of the great Bill Brody, as a tourist attraction and leads the group deep into the eye of the most dangerous supercell ever seen.